Enjoy an unforgettable 6-day cruise on the most spectacular waterway through the heartland of Sweden. Onboard one of the world’s oldest passenger ships you will experience two seas, eight lakes and three canals with 66 locks. Travel serenely past medieval churches, picturesque towns, fields of flowers and lush forests. On this voyage, the ship docks every night so you don’t miss a thing.

The journey is an intimate experience with no more than 50 guests onboard. All food and excursions together with a guide are included. With a night in Stockholm and Gothenburg, you will love this journey through Swedish history and culture. 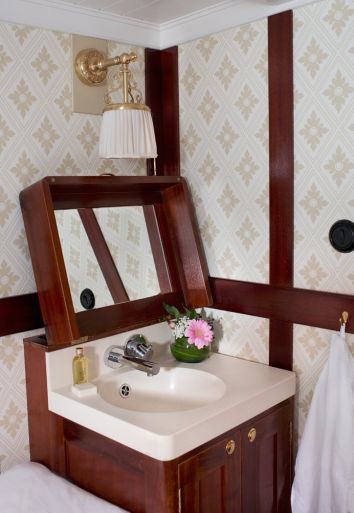 Arrive Stockholm and settle into your hotel. A short walk past numerous galleries and along buzzing canals gets you to the city centre. With its 750 year history and rich cultural life, Stockholm offers many well known places of interest such as the Royal Palace, Stockholm Cathedral, the City hall and Gamla Stan (Old Town) – one of the best preserved medieval city centres in the world.

Be sure to head out by ferry to the ABBA museum to enjoy some fun karaoke and a walk in Skansen before dinner at one of the Old Town restaurants.

The cruise departs in the morning at 10am from Skeppsbron quay in the Old Town of Stockholm. The guide welcomes you aboard and shows you to your cabin. All meals are included and served at set times in the dining room. During the cruise between Stockholm and Gothenburg the first lock on the cruise is Hammarby lock. From here on the ship sails through the archipelago on Lake Mälaren. Pass Drottningholm Castle, the home of the Royal family since 1981, and on UNESCO’S list of World Heritage sites. When reaching Södertälje you will find the largest lock in Scandinavia; 135 metres long.

Continue through the archipelago of St Anna and Södermanland before arriving to Trosa. The small town of Trosa dates all the way back to the 14th century. It was then known as a fishermen’s village. Regular steamer traffic from Stockholm and Nyköping began in 1860, bringing large numbers of summer visitors. Enjoy a walk around the canals and alleys of Trosa (app. 2.5 km). The ship stops overnight in Sävsundet.

After breakfast you will arrive at Stegeborg Castle and be taken on a guided tour. The castle is situated on a small island overlooking the bay of Slätbaken. The fort dates from the early middle Ages and was built to guard the inlet to Söderköping.

At Mem the ship goes through the first of the 58 narrow locks on the Göta Canal. In 1832, the Göta Canal was inaugurated at Mem amid great pomp and circumstance in the presence of King Karl XIV Johan and his family. Later on you will visit the idyllic town of Söderköping, founded in the early 1200s and very important during the Hanseatic period.

Continue to Lake Asplången and Lake Roxen before arriving to Berg where you will find the Carl-Johan lock staircase. This is the longest in the canal with seven connected locks that lifts or lowers boats 18.8 metres. The ship stops overnight in Berg, arriving at 10.20 pm.

Departing at 9am from Berg, head to the convent of Vreta which dates from about 1100BC and was the first nunnery in Sweden. The old convent church at Vreta is one of Sweden’s most interesting, offering many medieval treasures. Today, it is used as a parish church and is therefore not always open to visitors. The tour guide will take us on a walk (app. 3 km) to see the church and the remains of the convent. As an alternative you can walk along the canal or take a swim in Lake Roxen.

Today you will pass two aqueducts before arriving at a hand-operated lock at Borensberg. In the evening the ship berths in Motala where you will visit Motala Motor Museum. Here you can find a large exhibition of antique cars and motorcycles in authentic surroundings. It was Baltzar von Platen, the founder of the Göta Canal, who drew up the plans for Motala, and today it is called "the Capital of the Göta Canal". The ship stops overnight in Motala.

Day 5 – Head out onto Lake Vättern

Leaving Motala the ship heads out onto Lake Vättern, the second largest lake in Sweden. Today, local guides will meet you in Vadstena, an idyllic town with cobbled streets and low wooden buildings that evolved around the 14th century convent of the Saint Bridget (Birgitta), becoming a spiritual, cultural and commercial centre. Vadstena has a rich medieval history and practically every building has its own story to tell, the most prominent being the castle and the abbey.

When reaching Forsvik, you will see the oldest lock in the canal which was built in 1813. Through two narrow, wood-lined passages and small lakes full of water lilies, we steer out into Lake Viken. An obelisk marks the highest point (91.5 metres above sea level) of the Göta Canal. This part of the canal is called the Berg Canal and originally had a sharp bend which was straightened in 1930-33.

At Hajstorp you pass a lock system consisting of four locks. Here, in 1822, the western section of Göta Canal was inaugurated by King Karl XIV Johan. The ship stops overnight in Hajstorp at around 10pm.

Day 6 – Walk along the canal, visit Castles and enjoy time on board M/S Diana

If you are an "early bird" you can take a wonderful morning walk from Hajstorp to Godhögen, app. 1.5 km. At Sjötorp there is a set of eight locks, and also the remains of some old shipyards. We visit the old warehouse, where you can find a shop selling, among other things, clothes and home décor, a café and the Sjötorp Canal Museum. In the museum you can see old pictures of Sjötorp, the interiors of several old ships, a large collection of ships’ engines, etc. It is also possible to take a walk along the locks.

At 3pm in the afternoon arrive at Läckö Castle, built in 1298 as a bishop’s residence. Its golden age was during the reign of Magnus Gabriel de la Gardie, who transformed it into a baroque castle in 1652. We are given a guided tour of the castle and the exhibitions (lots of stairs). App. 2 km walk.

Arrive at Vänersborg at 10pm for an overnight stay.

Day 7 – Trollhättan Canal Museum and then arrive into Gothenburg

Our first stop this morning at 8.45am, is the Trollhättan Canal Museum located in a storehouse from 1893. Learn more about the fascinating history of the Trollhätte Canal through the interesting exhibition and film shown here. You can also take a walk through the beautiful old lock area. The impressive lock staircase at Trollhättan consists of four locks, and has a total drop of 32 metres. Of the three parallel lock systems here, only the biggest one (from 1916) is still in use. Finally, the last lock is Lilla Edet, the first lock in Sweden built in 1607.

The cruise ends at Packhuskajen, near the Opera House and the Maritime Centre in Gothenburg at approximately 15:30 hrs. Visit Gothenburg’s oldest suburb Haga, now a trendy neighborhood in the centre of the town. Or head to the amusement park, Liseburg for some fun!

After breakfast, the tour ends. 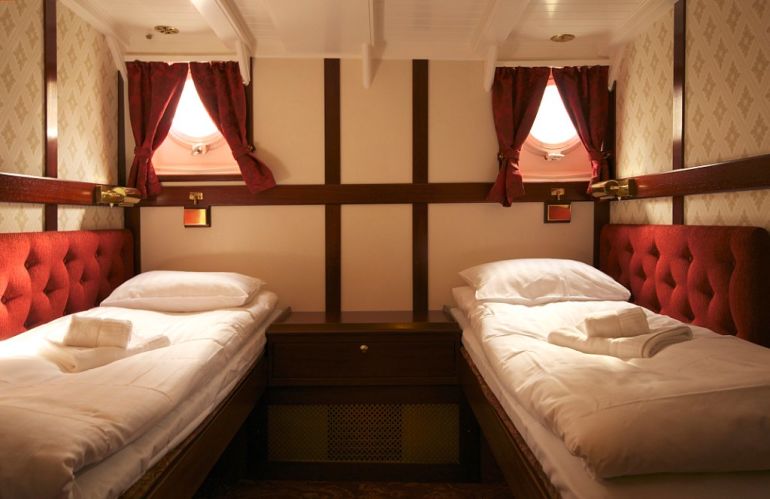 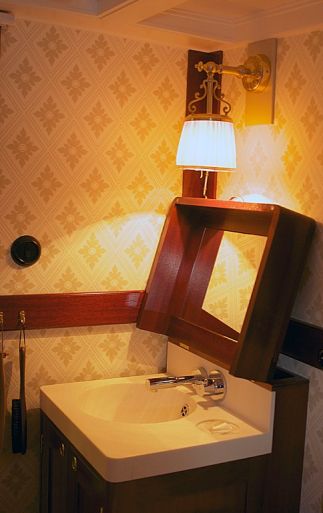 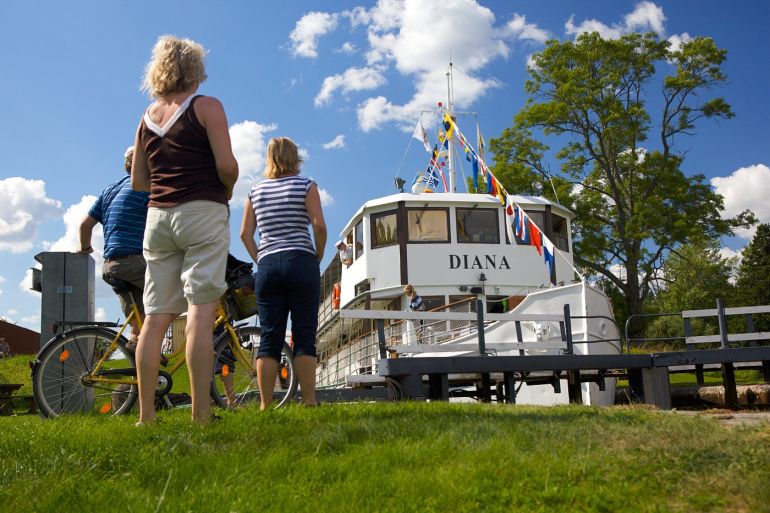 + Share
Facebook
LinkedIn
Twitter
Email
|
How we do it VIP service, with very important savings. Find out why 'more personalised' means 'less expensive'. Find out Travel Journal Postcards from everywhere. Where do our well-travelled consultants love to go on holiday? Find out 365 Calendar Wherever next? Check out our 365-day inspiration calendar. View 24/7 Assistance Around the World, around the clock. Learn about our 24/7 Emergency Assist service. Learn more