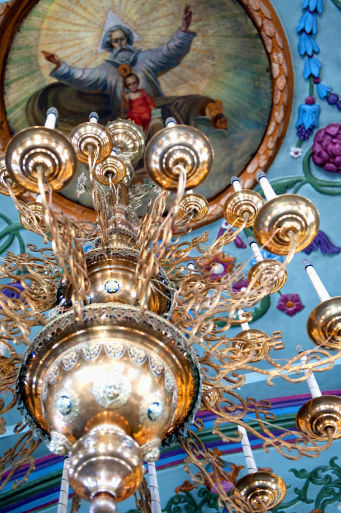 From the Golden Horde to the Soviet era, the scenic cities of Russia’s grand Volga River have been witness to some of the most significant events in Russian history. On a journey aboard the deluxe M.S. Volga Dream I, cruise from Moscow to the Volga River Delta on the Caspian Sea. Discover iconic onion-domed churches; stroll through gems such as medieval Nizhniy Novgorod; and explore the treasures of Yaroslavl, the Volga’s oldest city.

Note: Itinerary for 2021 is 11 days and the program is slightly different. Ask us for detailed itinerary and inclusions.

Upon arrival in Moscow, transfer to the deluxe MS Volga Dream. Spend the rest of the day relaxing after your flight (dinner aboard Volga Dream included).

Day 2 – Orientation tour of Moscow with the Old Tretyakov gallery.

Begin your day with orientation tour of Moscow followed by a ride in the ornate Moscow metro. After lunch in a local restaurant proceed to the Old Tretyakov gallery to view its extraordinary collection of Russian art, ranging from 12th century icons to 20th century paintings.

This morning enter the Kremlin for a visit to the Armory Museum, with its collection of tsarist thrones, ceremonial crowns, coaches and gifts of state. Continue to the beautifully frescoed 15th-century Assumption and Archangel Cathedrals. After lunch transfer to the MS Volga Dream and begin your sailing along the Russian Waterways.

Day 4 – Visit Uglich and the Chapel of Dmitry on a Spilled Blood.

We arrive this afternoon in Uglich, dating back to the 10th century. A walking tour of this Golden Ring city includes the Chapel of Dmitry on a Spilled Blood, a 17th-century treasure built on the site where Ivan the Terrible’s son met his death. After, attend a concert of choral music performed at St. John’s Church.

This morning visit the oldest city on the Volga River, Yaroslavl, a World Heritage site. In the Spassky Monastery see the Transfiguration of the Savior, adorned with murals depicting St. John’s apocalyptic visions, and the richly frescoed Church of St. Elijah the Prophet. Enjoy a costumed reception at the Governor’s House, and then reboard the Volga Dream in time for lunch.

A relaxing day of leisure as the Volga Dream continues its gentle voyage along the picturesque Volga. The Sun Deck provides a glorious and ever-changing view as we pass small villages, provincial towns, churches, and monasteries. This is an area that flourished for centuries thanks to the volume of trade along the Volga.

Our guest speaker presents an entertaining and informative lecture on the history and traditions of the places we pass.

Nizhniy Novgorod (formerly Gorkiy), once a wealthy commercial centre poised on the traderoutes to the East, became a closed city due to military activity during the Soviet era. Learn about the city’s history as a place of exile for political prisoners. Walk the ramparts of the 16th-century Kremlin with its spectacular views, and visit elaborately painted churches.

Day 8 – Cruise down the Volga River and enter the Republic of Tatarstan.

Today, you will notice that the now familiar Russian Orthodox Churches no longer dominate the banks of the River Volga. Instead, beautiful Muslim mosques begin to appear as you cruise across the border into the Republic of Tatarstan.

We will leave the Volga Dream for a while to explore Kazan, the capital of Tatarstan and very center of Russia’s Tatar culture. The white-walled Kazan Kremlin or citadel is where the famous Kul-Sherif mosque stands side by side with the old Peter and Paul Cathedral. Later in the day, a local ensemble will delight us with a concert of traditional Tatar music.

Day 9 – Arrive in Samara and enjoy a BBQ on the deck.

A great opportunity to relax on the Sun Deck as we sail past the Zhigulevskie mountains towards the city of Samara.

We begin with a city tour, which includes a visit to the space museum, then stroll along the Volga esplanade to the Samara State Art Museum.

Once home to a large German community, today Saratov is known for its connection to Russia’s first cosmonaut, Yuri Gagarin, who lived and studied here. Take a city tour, and visit Radishev State Art Museum – the first Russian picture gallery outside of St. Petersburg and Moscow.

Originally called Tsaritsyn, this remarkable city has had three name changes in its tumultuous history. The site of epic battles during the Russian Revolution, it was known as Stalingrad from 1925 until 1961. The city’s heroic defense by the Russian people during World War II became the decisive battle of the eastern front. Visit the memorial on Mamayev Hill, where the struggle saw its bloodiest fighting, and Stalingrad battle panorama museum.

+ Share
Facebook
LinkedIn
Twitter
Email
|
24/7 Assistance Around the World, around the clock. Learn about our 24/7 Emergency Assist service. Learn more Travel Journal Postcards from everywhere. Where do our well-travelled consultants love to go on holiday? Find out 365 Calendar Wherever next? Check out our 365-day inspiration calendar. View Behind the Scenes The extra mile. From finding deals, to dealing with sticky situations. Read about how we go further